#1. a part of the brain in the left hemisphere involved in speech production

#3. a part of the brain that controls muscle movement

#4. the time from birth to puberty during which normal first language acquisition can take place

#5. a speech error in which one word is used instead of another with a similar beginning, end, and number of syllables

#6. a language disorder in which speech production is typically reduced, distorted, slow, and missing grammatical markers

#7. the study of the relationship between language and the brain

#8. a language disorder in which it is difficult to find words, often associated with Wernicke’s aphasia

#9. a language disorder in which comprehension is typically slow while speech is fluent, but vague and missing content words

#10. a speech error in which a sound or word is produced in the wrong place

#11. the experience of knowing a word, but being unable to access it and bring it to the surface in order to say it

#12. the belief that specific aspects of linguistic ability have specific locations in the brain

#13. a slip of the tongue in which two parts of words or two words are switched

#14. the type of speech without grammatical markers, often associated with Broca’s aphasia

#15. a processing error in which one word or phrase is heard as another

#16. a bundle of nerve fibers connecting Broca’s area and Wernicke’s area in the left hemisphere of the brain

#17. a language disorder associated with damage to the arcuate fasciculus in which repeating words or phrases is difficult

#18. an impairment of language function due to localized brain damage that leads to difficulty in understanding and/or producing language

#19. divided into a left side and a right side, with control of functions on one side or the other (used in describing the human brain)

#20. an experiment in which a listener hears two different sounds simultaneously, each through a different earphone 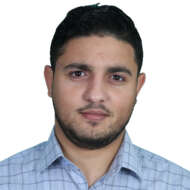