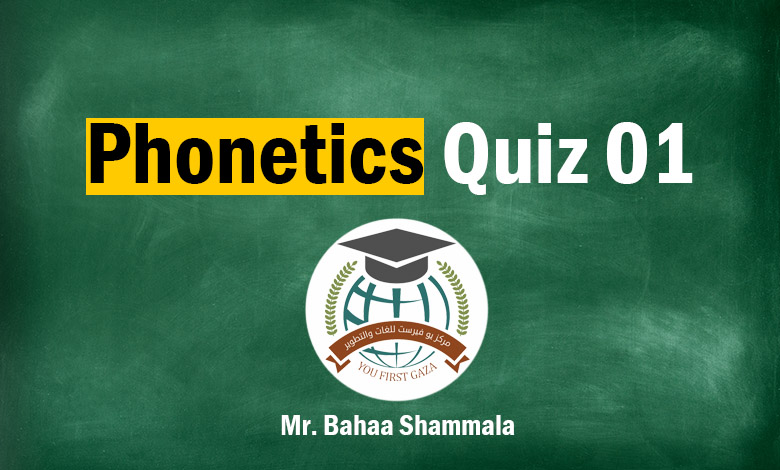 Phonetics is a branch of linguistics that studies how humans produce and perceive sounds, or in the case of sign languages, the equivalent aspects of sign. Phoneticians—linguists who specialize in phonetics—study the physical properties of speech.

This test contains 20 questions. Don’t panic if you incorrectly answer any questions. Making mistakes allows you to learn.

#3. Which of the following sounds is voiced?

#4. Which of the following sounds can be described as : velar plosive voiceless ?

You First Gaza draws its inspiration from good people’s social and emotional values centered around creating a positive change in the besieged Gaza Strip we live in.
Contact us: info@gazayoufirst.com